Whether you are flying home after the long Thanksgiving weekend or planning a trip to a faraway destination, we’ve got some tips and tricks from the air travel experts to help lower your stress levels.

Now, here’s what else you need to know to Start Your Week Smart.

• Protests erupted across China on Saturday, including at universities and in Shanghai where hundreds chanted “Step down, Xi Jinping! Step down, Communist Party!” in an unprecedented show of defiance against the country’s stringent and increasingly costly zero-Covid policy.

• A new robust storm system moving into the Pacific Northwest today is expected to spawn severe storms in the South this week. The Storm Prediction Center has issued an early forecast warning, calling for “a significant severe-weather event” across parts of the lower Mississippi River Valley Tuesday.

• One person was killed and 10 more are missing after heavy rain caused a landslide on the Italian holiday island of Ischia on Saturday. As of today, eight people had been rescued and 209 more evacuated from the area where the landslide occurred.

• Actress and singer Irene Cara, an Oscar and Grammy winner best known for the theme songs of “Fame” and “Flashdance” in the early ’80s, has died, her publicist said. She was 63.

Even though Thanksgiving and Black Friday are history, there are still plenty of leftover deals to be had as the holiday shopping season kicks into high gear. Exhibit A: Cyber Monday. Retail analysts say that’s the best day to buy a computer. And remember, even after you’ve purchased a product, you might still be able to get a deeper discount if you track prices online. Many major stores have extended their holiday price match policies this year.

It’s Giving Tuesday, a day of heightened generosity when many people give to their favorite charities. Learn more about the origins of this global movement and how you can participate.

President Joe Biden will host his first state visit at the White House for French President Emmanuel Macron, marking the return of a tradition not seen since before the Covid-19 pandemic. The state visit, which will include a state dinner, “will underscore the deep and enduring relationship between the United States and France – our oldest ally,” White House press secretary Karine Jean-Pierre said when the visit was announced in September.

It’s also World Aids Day – a day for people worldwide to unite in the fight against HIV, to show support for people living with HIV, and to commemorate those who have died from an AIDS-related illness.

We round out the week with the monthly jobs report for November. The white-hot US labor market began showing signs of cooling off in October as the pace of hiring slowed and unemployment crept higher. We’ll see if the Federal Reserve’s series of interest rate hikes meant to lower the temperature of the economy has had any further impact on employers’ desire to hire more workers.

How school board meetings got so heated

In this week’s One Thing podcast, CNN correspondent Audie Cornish stops by to break down the reporting she did on school boards for the first episode of her new podcast, The Assignment. She spoke with two parent activists turned elected school board officials about what motivated them to run for office and the changes they hope to make while in power. Listen here.

Check out more moving, fascinating and thought-provoking images from the week that was, curated by CNN Photos.

It’s premiere night on CNN. First up, the CNN Original Series “Tis the Season: The Holidays on Screen.” Kick off the holiday season with this panoramic celebration of the beloved genre of holiday films and television specials, tonight at 8 p.m. ET.

And at 10 p.m. ET, virtual reality, artificial intelligence and even sex dolls have become the answer for many people’s loneliness. The season premiere of “This is Life with Lisa Ling” explores how technology is changing our relationships.

One of the most beloved modern Christmas classics is turning 20 next year, and to mark the occasion, cast members from the landmark 2003 romantic comedy “Love Actually” are reuniting for a TV special this week. Hugh Grant, Laura Linney, Emma Thompson, Bill Nighy and Thomas Brodie-Sangster are taking part in the special, along with the film’s writer-director Richard Curtis. “The Laughter & Secrets of ‘Love Actually’: 20 Years Later – A Diane Sawyer Special” airs Tuesday at 8 p.m. ET on ABC.

Is “Die Hard” a Christmas movie? Well, “Violent Night” appears to be a snowy reboot of the “Die Hard” storyline, but instead of John McClane battling the bad guys, a beer-drinking Santa Claus played by David Harbour presumedly saves the day. “Violent Night” opens Friday. (Parents take note: this R-rated action/comedy is NOT for kids … I’ve watched the trailer.)

CNN is providing special coverage of all the biggest stories, surprises and upsets from the World Cup 2022 in Qatar – now through December 18.

And if soccer is not your thing, head on over to Bleacher Report. Sure, they’re all over the World Cup too, but they also cover the other sports you care about. Check ‘em out!

Don’t be a turkey! Take CNN’s Thanksgiving Quiz and test your holiday knowledge.  So far, only 10% of fellow quiz fans have gotten eight or more questions right. How will you fare? 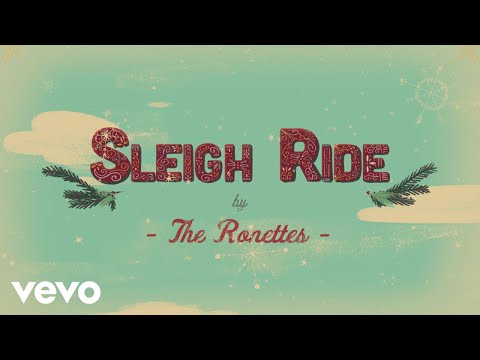 It’s that time of year when local radio stations flip their formats and begin playing holiday music non-stop. If you walk into a store or browse your car’s radio, you are going to hear this classic song more than once – I promise you. (Click here to view)